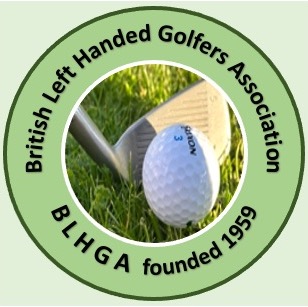 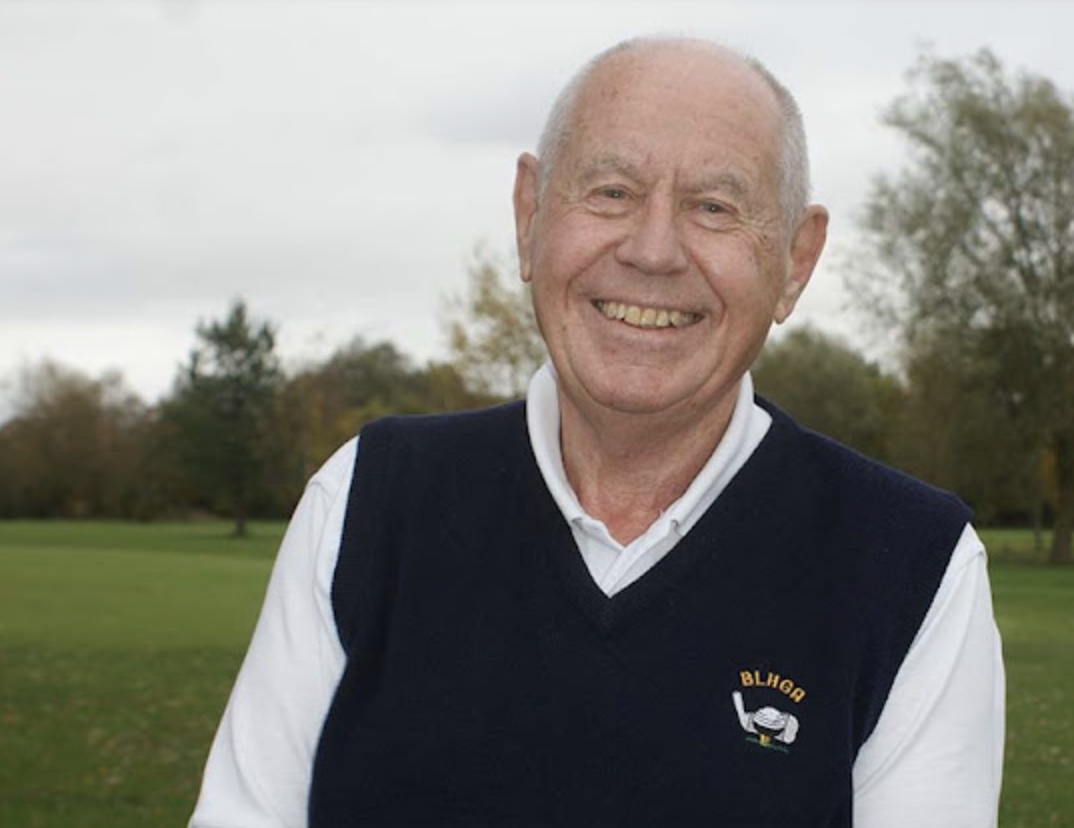 I’m long retired from a lifetime in the retail furnishing trade. I’ve played golf for over 65 years and am currently a member of Styal Golf Club. 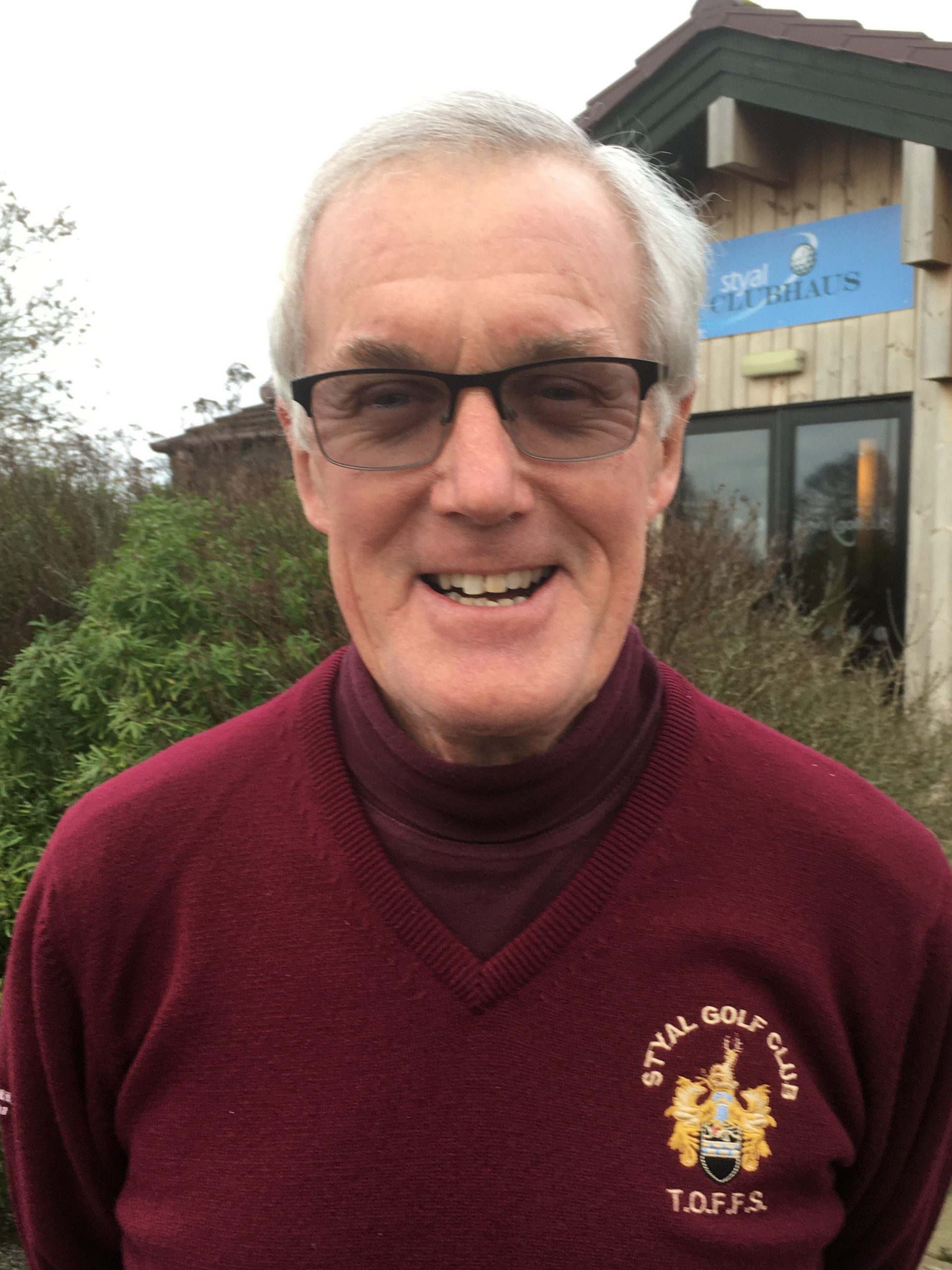 Married Andrea the year England won the World Cup. We have a son and a daughter and 3 grandchildren. We have lived in Sutton 52 years and I worked for Astra-Zeneca initially as a chemist for 38 years before retiring in 2002 … when I “discovered “golf!  I play at Styal GC as one of the 200+ seniors members who make up the biggest seniors section in the NW of England. My WHS is 14.4. Playing in BLHGA events has involved loads of enjoyment in the company of many much better golfers at different courses throughout the country. My target this year is to meet as many of our members as I can, enjoy golf in their company and play as few shots as possible at the 7 BLHGA events I’m booked in. 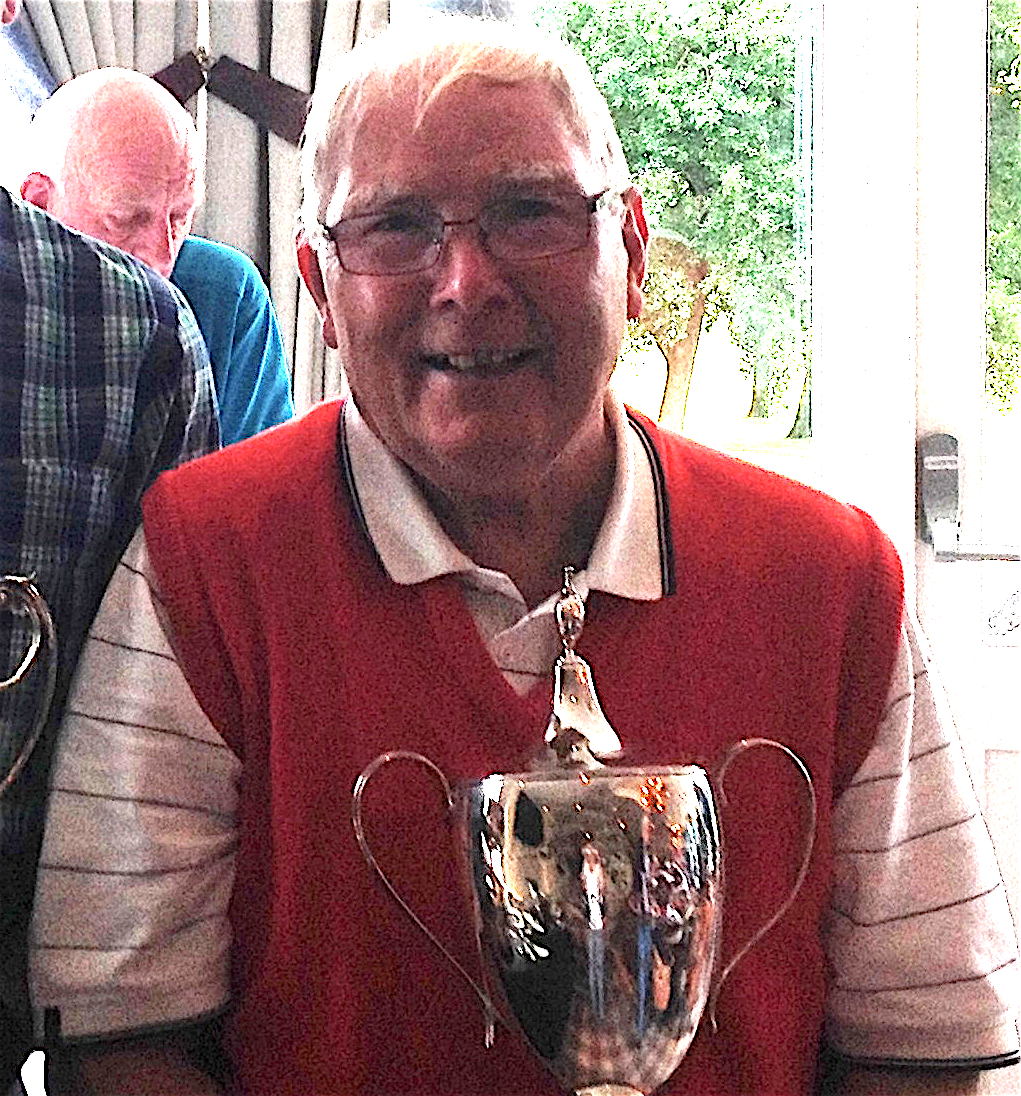 Born 1938 in County Down and have lived in Derby since 1952. Avid Derby County fan. In 1968 became a member of CHEVIN GOLF CLUB  and served on committee from 1973  to 1988 – Captain 1980. Joined ASHBOURNE GOLF CLUB in 1992 – Captain 2002, Chairman 2001 to 2003, made Life President in 2007. Held the position of both Captain and President of the BLHGA  as well as being Captain of the ULSTER Left Handed Golfers. Married to Margaret (1963) – have 2 daughters and together we have been showing English Setters for many years.  Golf has been a large part of my life and nothing gives me more pleasure than enjoying a day out with my fellow Left Handers and winning the Raffle!! 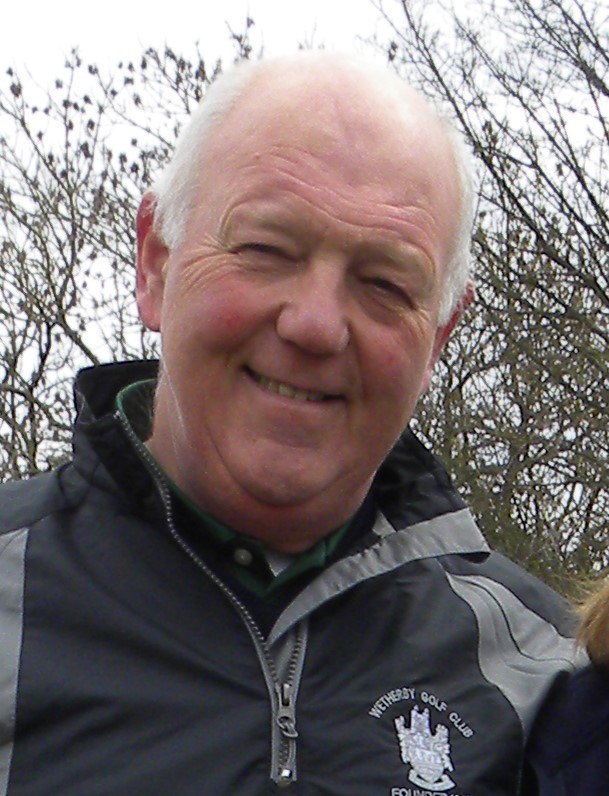 I joined the British Left Handers in 1975 and my first fixture was at Hill Valley Golf & Country Club in Shropshire.  It appeared rather strange that everyone played left handed, as in those days those who stood on the wrong side of the ball were not invited! The total number playing was over 40 and the Association was in the safe hands of Secretary, John Turner, who founded the Association in 1959.My first visit to the Portpatrick weekend came in the following year and I’m very pleased to report I’ve not missed a fixture to Portpatrick since that time. I’ve been very fortunate to Captain the Association on 2 occasions (1986 & 2012) and was President in 1992.  I first joined the Committee of the Association in 1984 and became Secretary in 1995. 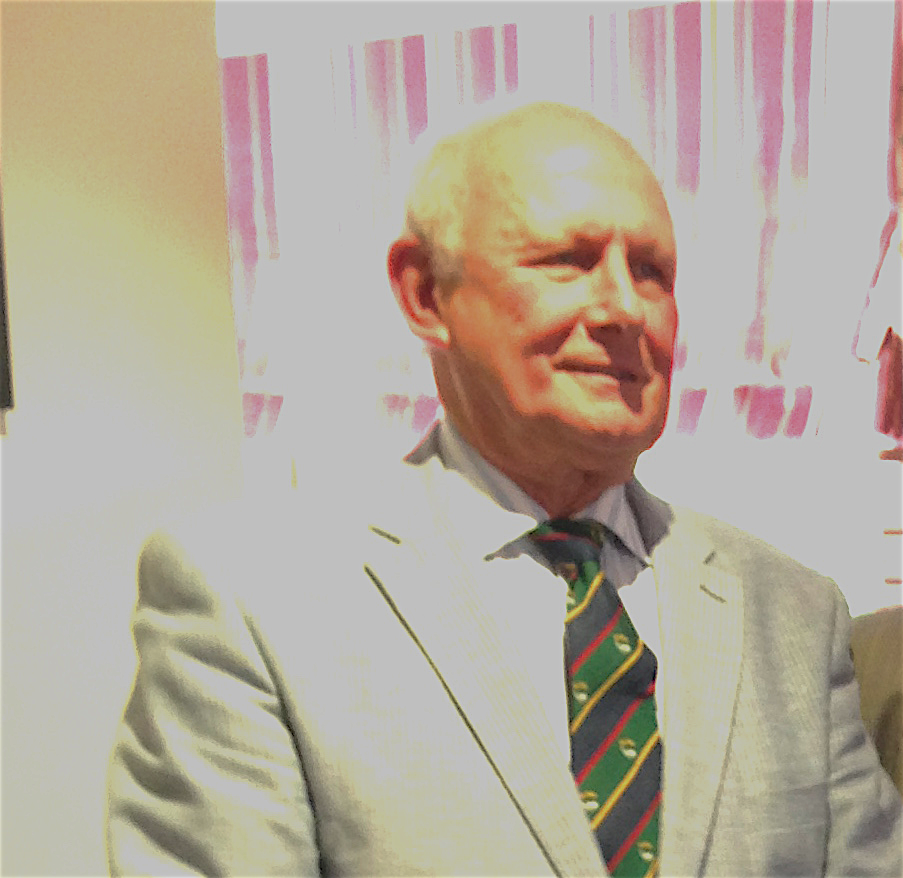 John plays golf at Buckingham and has been a member of BLHGA for many years. 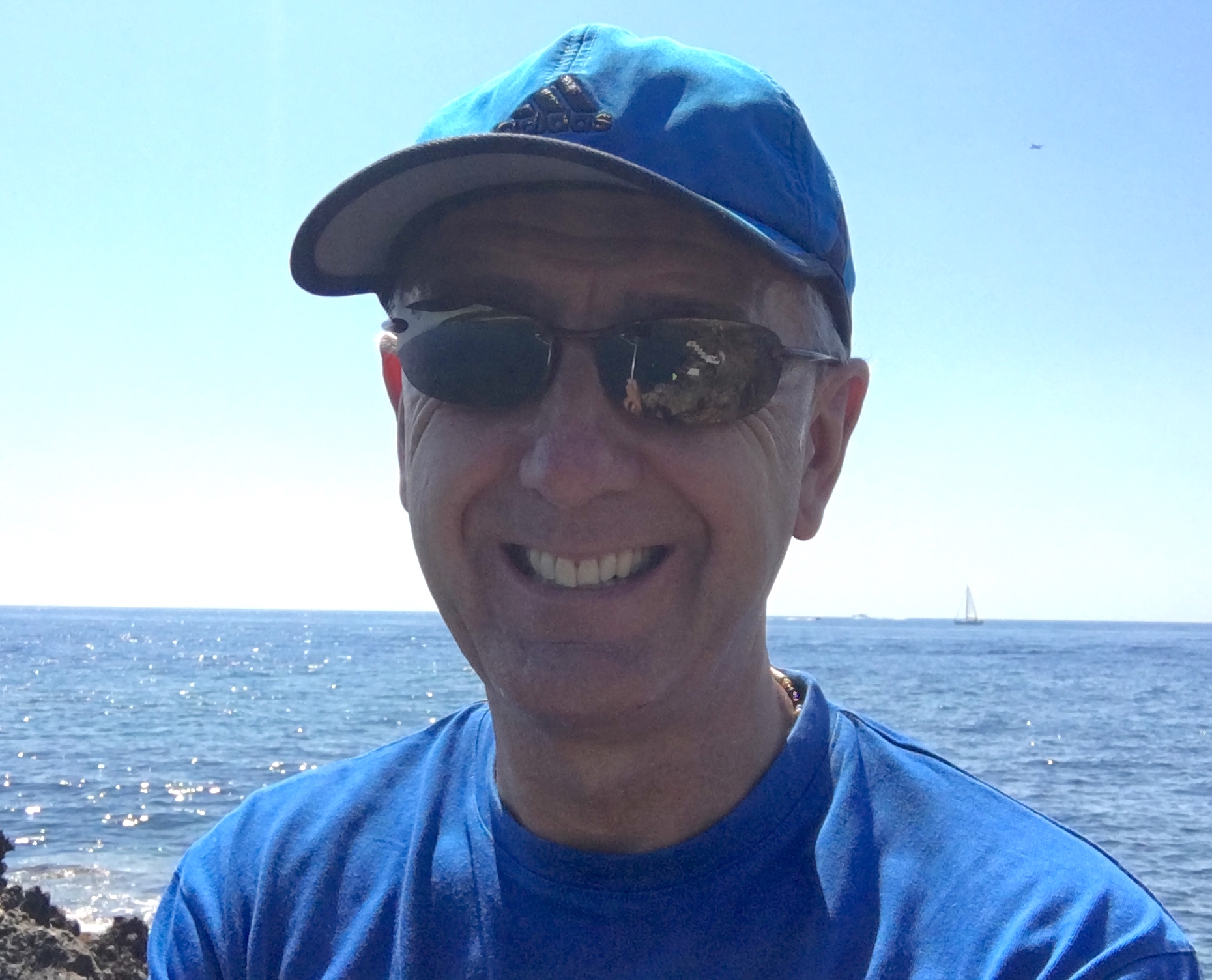 Chris plays golf at Stonebridge and Maxstoke Park in Warwickshire and West Middlesex in London (11). He joined the BLHGA in 1985 at the Forest of Arden. He was Captain in 2015, when he also won the Bob Charles Trophy. His grandfather and father were lefties as is his son. He hopes you like the new website and more importantly, find it useful! He would be happy to receive pictures, comments and appropriate stories to add to the content of the website. 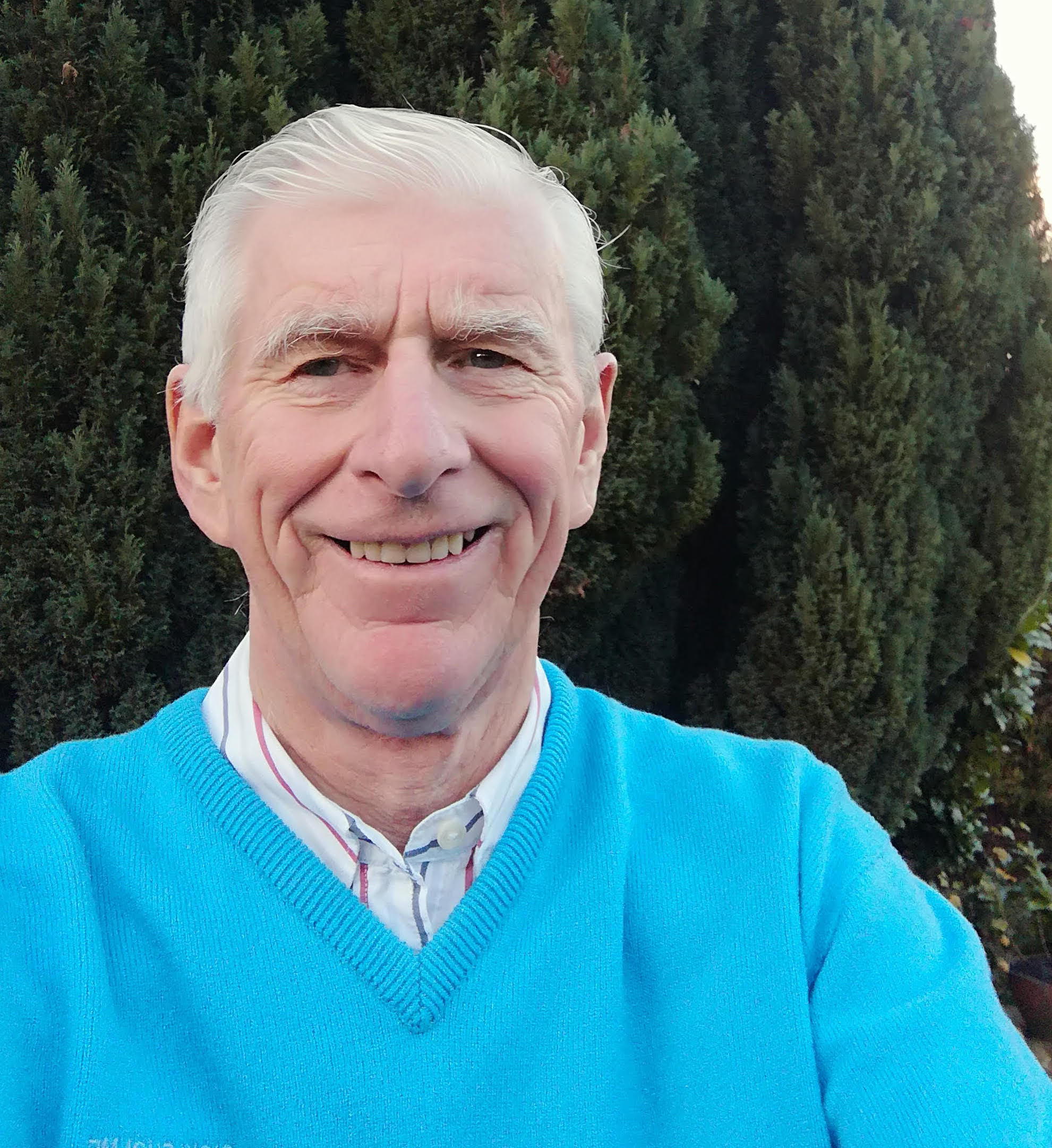 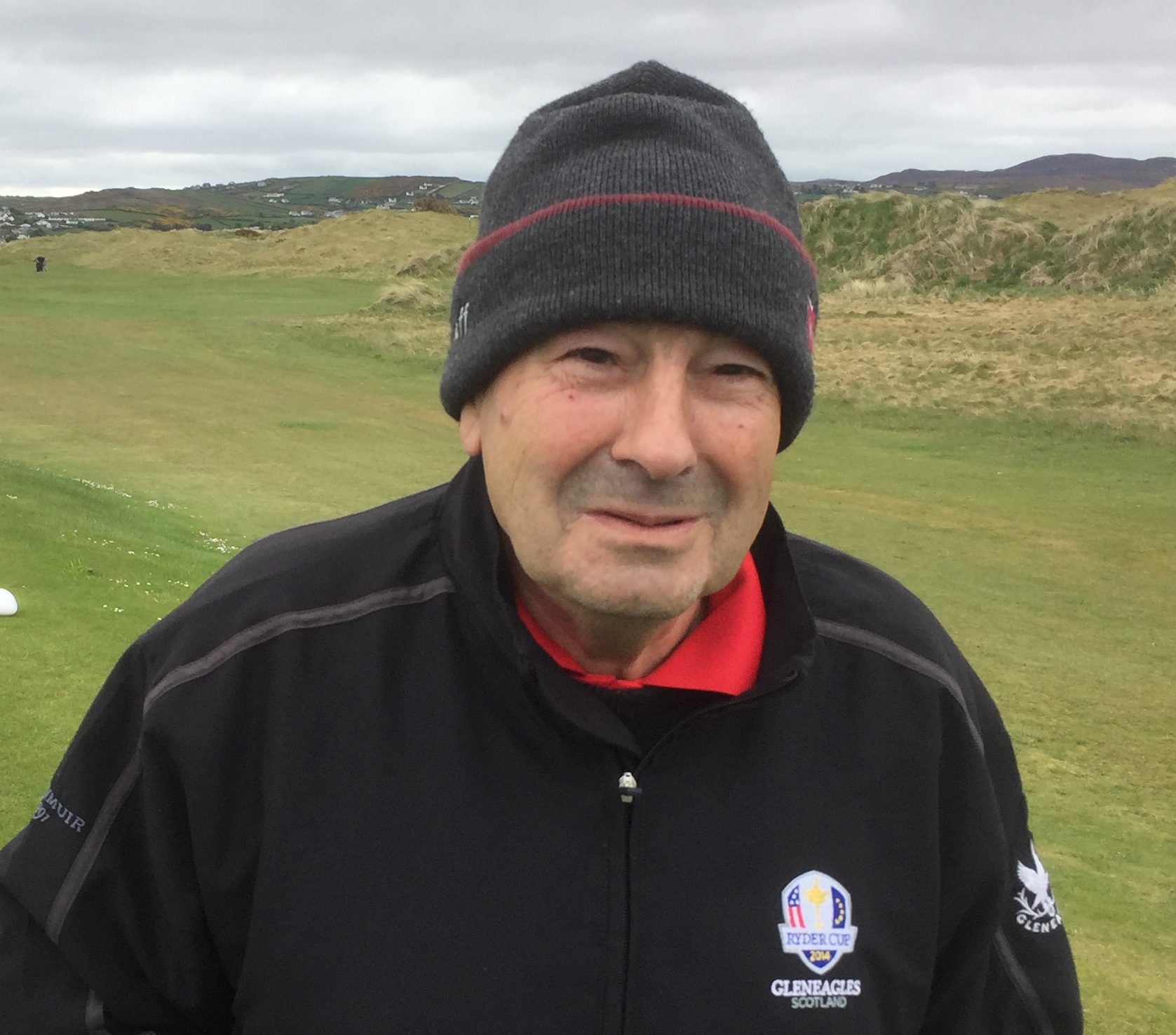 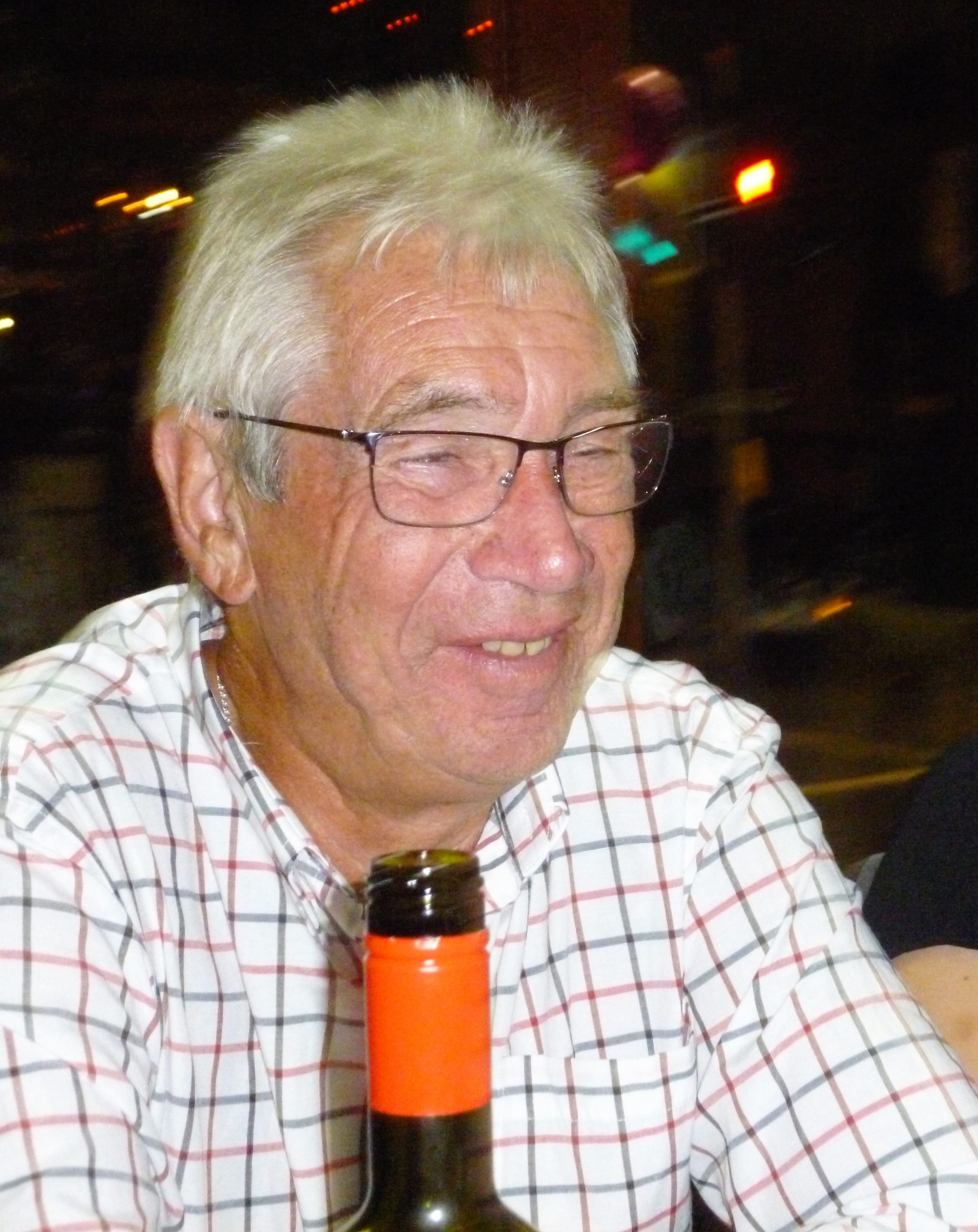 I have been a member of Willesley Park Golf Club since 1987, when I retired from Cricket. I am the real deal in that I have been left-handed in all aspects of my sporting life. Improving my handicap was a long hard slog, never quite achieving single figures, but I am now finding moving in the opposite direction a piece of cake! I’ve been with the BLHGA since 2004 subsequently becoming a regular both in England and at Portpatrick. I am privileged to have been Captain in 2013 and am the current President, and trust that my photograph portrays how I now approach my golf. 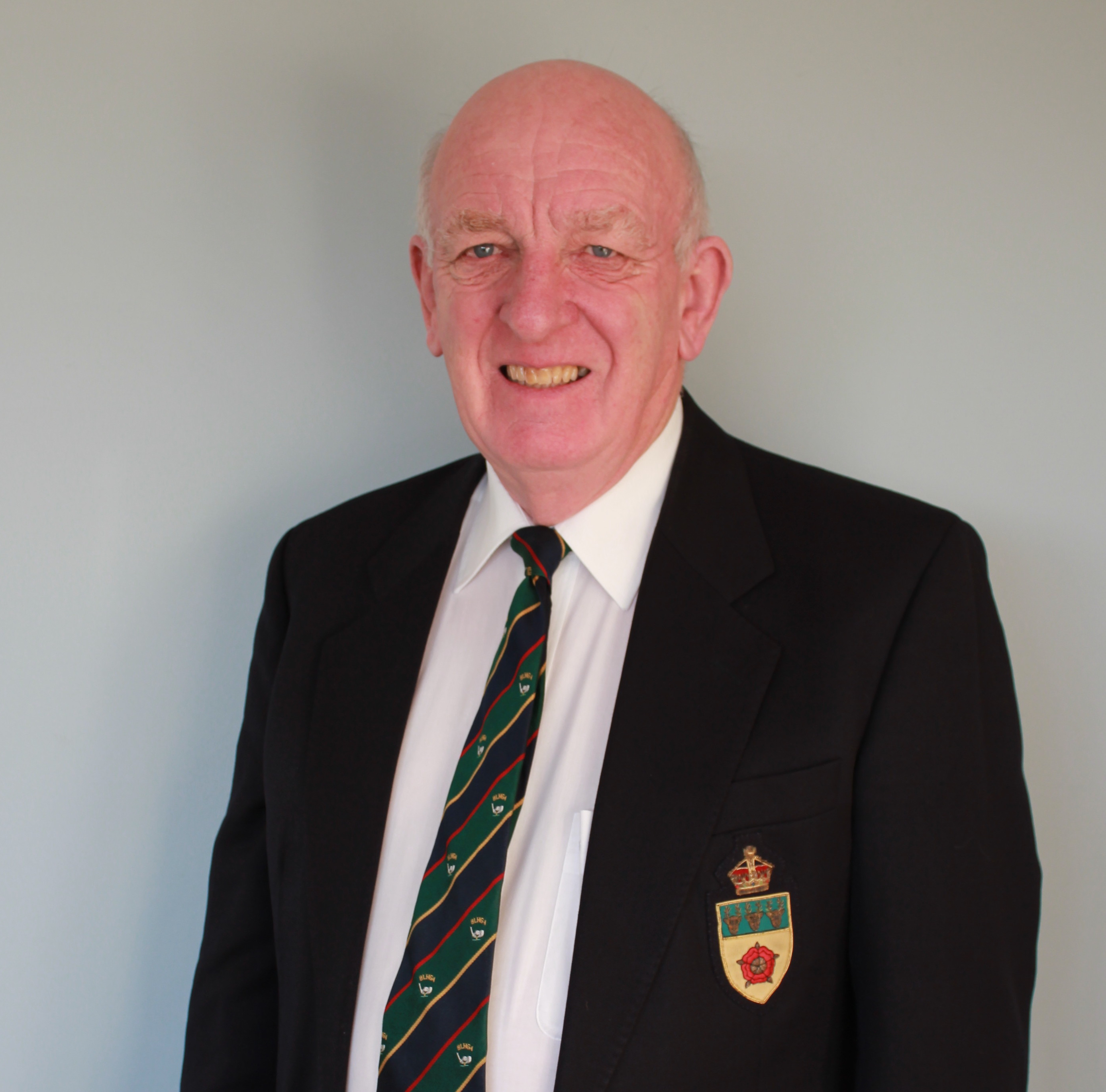 Started playing golf 1971, joining Ashbourne Golf Club. Have served on Committee on and off for over 30 years; was Club Captain in 1985 and President 2008/2009. Joined B.L.H.G.A. in 1989 and was Captain in 2002 and President in 2011/2012. I was President of W.A.L.G for 2012 when we organised the  21st  World Championship in Scotland. I was Captain of the Society of Derbyshire Golf Captains in 2013, and President of the Derbyshire Union of Golf Clubs in 2016/2017. Am still involved in running the county competitions. My best handicap has been 11. I  won two major competitions at Ashbourne in 2018 which helped reduce my handicap from 19 to the present 16, so am still competitive in my 80th year. 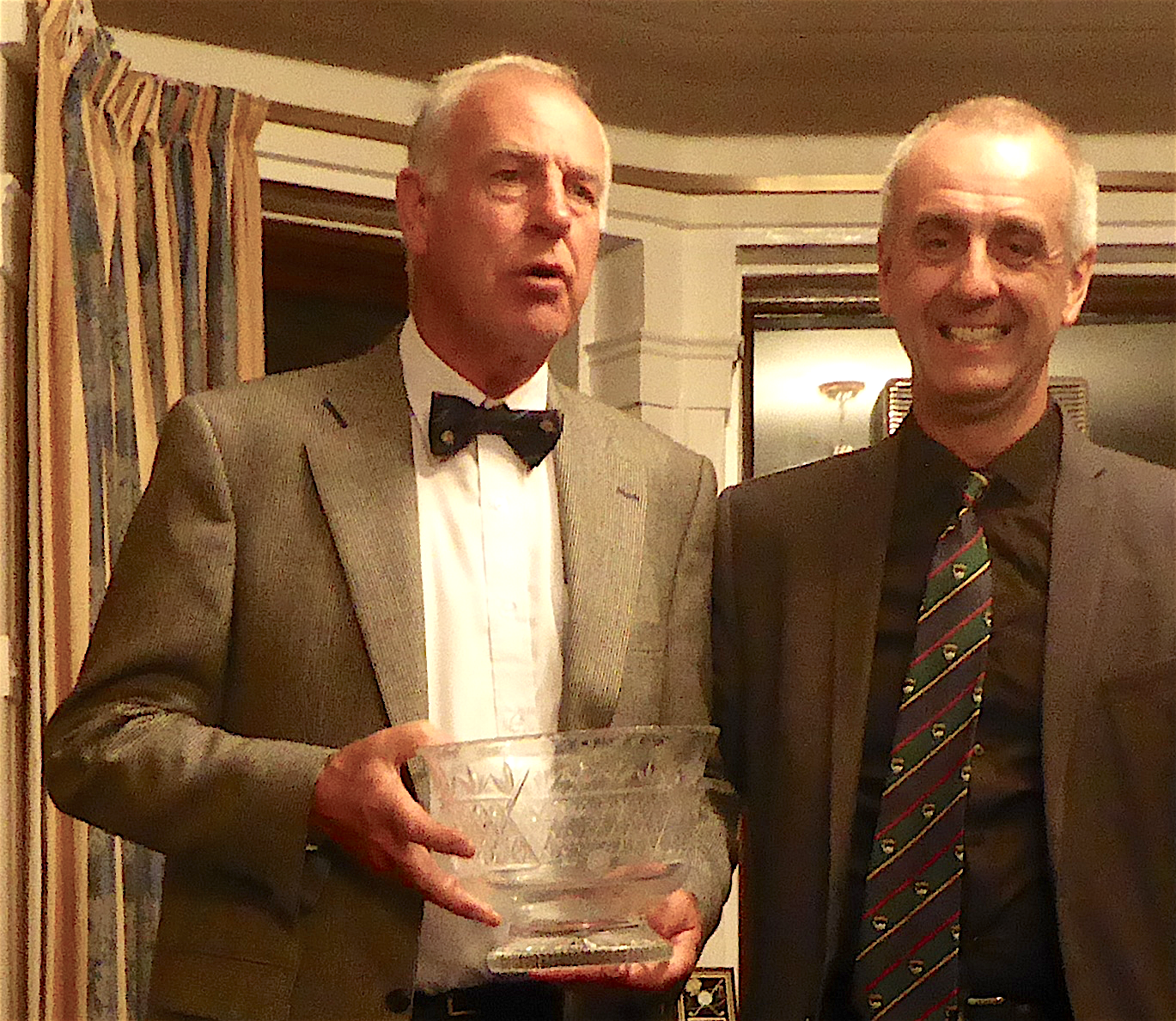 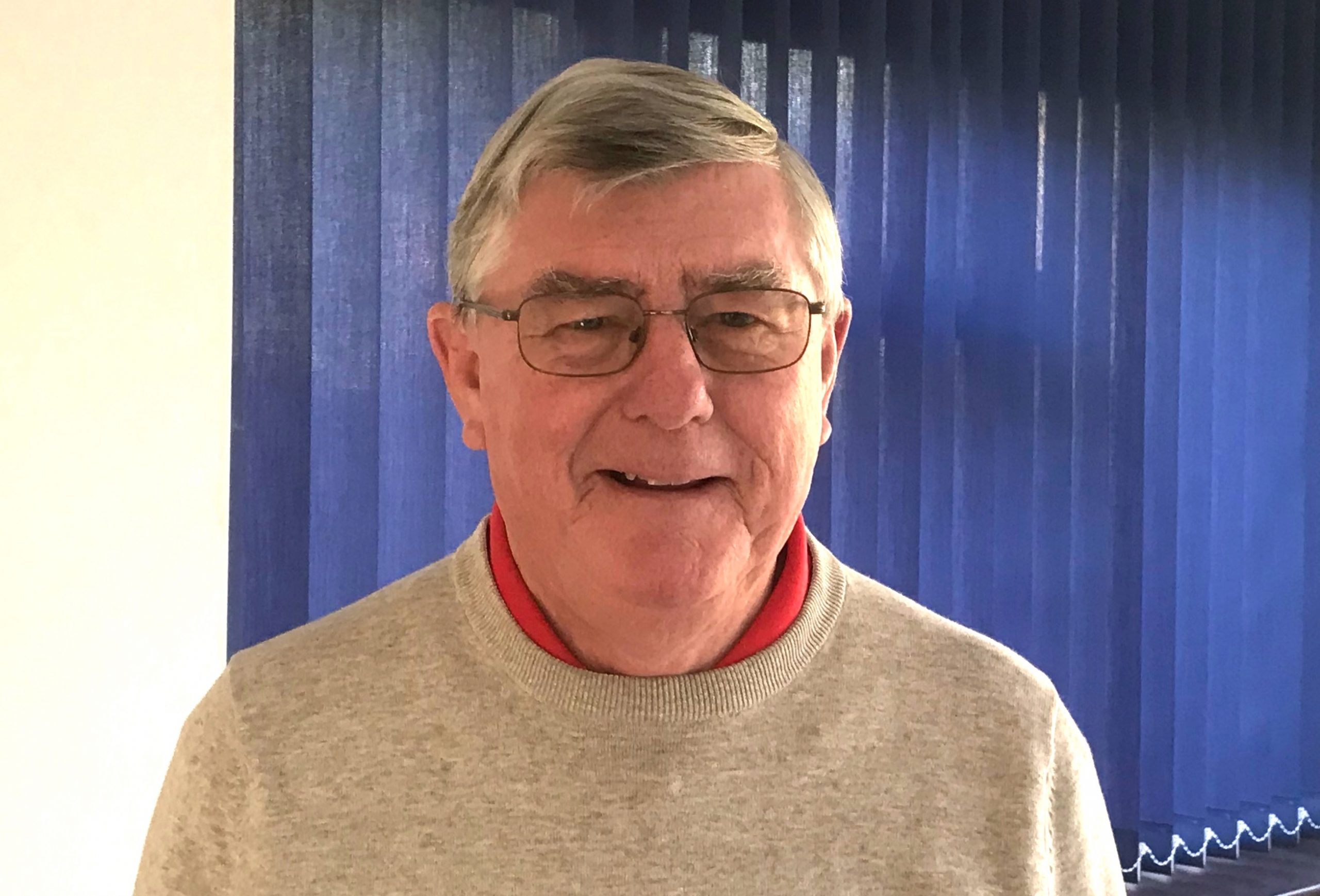 I am a member of Harewood Downs GC and my handicap is 11.3. I joined BLHG in approx 1979 and am a former captain known for my awful jokes. I have met many golfers, both left and right handed, and made many friends. BLHG welcomes players of all abilities and play some amazing courses. BLHG is also part of the World Association, meaning there are opportunities to play in some wonderful countries. 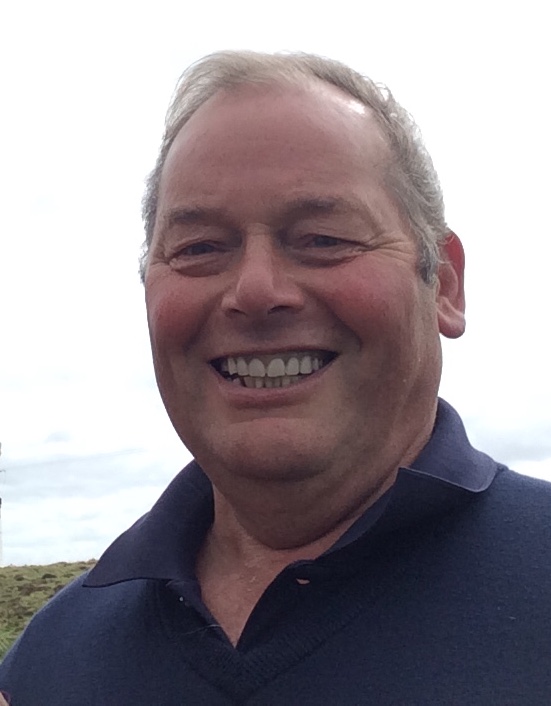 I started playing golf when I became a member of Fulford Golf Club in York from 1978 until 1992. I moved from the York area in 1986 to farm near Bedale, I was a Dairy Farmer for over 40 years.